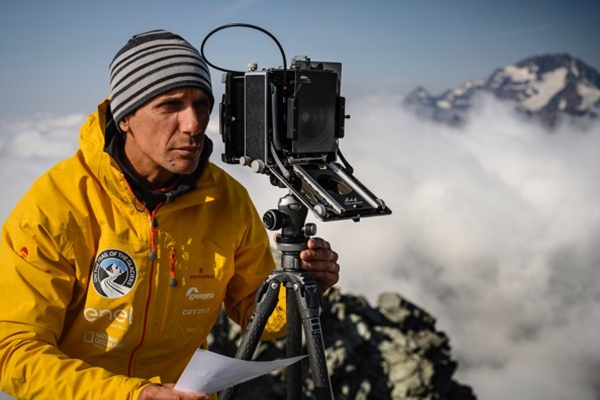 “Оn the trail of the glaciers” – presentation by Fabiano Ventura, Italy

“Оn the trail of the glaciers” – presentation by Fabiano Ventura, Italy

On the Trail of the Glaciers is a photographic/scientific project that combines the work of photographers and scientists by linking comparative photography with scientific research. The overarching aim of the project is to understand the effects of climate change by gauging variations of glacial ice masses over time.Over a period of ten years, six expeditions to the planet’s principal mountain glaciers have been measuring glacial ice mass and taking shots from the same spot where explorer-photographers had taken photographs in the late 19th and early 20th Centuries. The power of comparative photography to get a message across, backed with scientific research data, will contribute to bringing about greater awareness of the impact of human activities on the climate. The dissemination of data gathered in this way will serve to increase public awareness of the need to protect natural resources for future generations.

Fabiano is a professional photographer specialized in environmental topics and in mountain and landscape photography. He grew up travelling and with a love of nature and have always felt a particularly strong bond with mountains. Over the years he has combined mountaineering, rock climbing and backcountry skiing with his professional activity as a photographer. Through his work he strives to portray the most extreme and wildest facets of nature, and also to provide documentary evidence of the results of humanity’s interaction with the natural world. What motivates him is a desire to communicate the importance of knowing and respecting nature, not only so we can enjoy its beauty, but also to preserve humans as a species and human civilization. He has organized and taken part in many scientific, photographic and alpine expeditions, in some of the world’s wildest and most inaccessible places: in 2004 he accompanied the Italian alpine-scientific expedition “K2 2004 – 50 Years Later” as the expedition’s official photographer, reaching a height of 7,000 metres; in 2005 he covered the expedition led by Hans Kammerlander and Karl Unterkircher in Nepal as they attempted to open a new route to the peak of Mount Jasemba (7,352 metres). Over the years he has worked alongside alpine guides and world famous mountaineers such as Reinhold Messner, Erri De Luca, Stephan Siegrist, Ines Papert, Agostino Da Polenza and Silvio Mondinelli. He has carried out photo assignments in Nepal, Pakistan, India, Argentina, Chile, Peru, Namibia, Algeria, Utah, Colorado, Georgia and Iceland.  Since 2007 he has been working on the large-scale project entitled “On the Trail of the Glaciers.” Through expeditions to the world’s principal mountain chains the project studies the effects of climate change on the planet’s most important glaciers, bringing together photography, historical research and scientific observation.

His presentation is organized with the support of the Italian Embassy in Skopje.