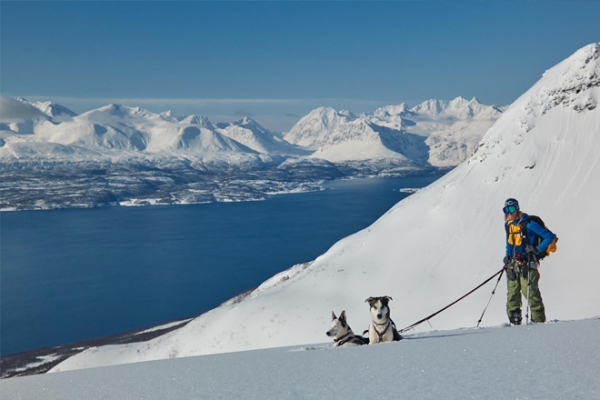 Another guest at the 7th edition of the festival was the best freeride snowboarder from Finland, Niklas Hollsten. He has represented Finland in freeride competitions already for several years. In 2010 Scandinavian freeride championship he won the gold medal. Furthermore in overall 2010 freeride world qualifier ranking he won the third place. He won the Austrian freeride cup in 2012. He is also the first ever Finnish male who participated Freeride World Tour. Though Hollsten has a freestyle and boardercross background, right now he competes only in freeride. In 2016 he became freeride champion of Finland.

Together with his wife Nives and the Alaskan huskies Langore and Shila, he created “Team Hollsten” - a project in which they travel the world in winter, and choose atractive locations to climb and ski down. Last year they visited the Balkans, and also climbed Korab and Kepi Bard, where together with Tomica Koteski and Metodi Chilimanov they had a first descent.

Niklas presented us a little fragment of his life as a professional snowboarder and adventurer, and we also had the chance to see the latest movie from Team Hollsten, “After you” - fragments of which are filmed in Macedonia.

This presentation was avaliable with the generous help from Algasan.