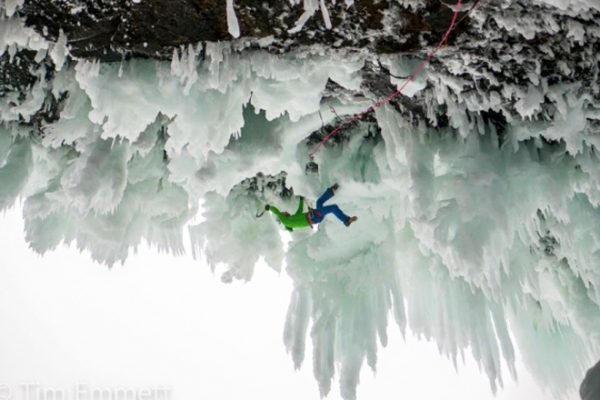 his was definitely not an ordinary slide show. It was a story about friends, beautiful places and audacious climbing. The pinnacle of the presentation was definitely the climbing in Helmcken Falls, BC, which is more like climbing on the other side of the moon than climbing in conventional climbing venue. The place is so unreal, that simply blows your mind!

EPHEMERAL ICE was a story about some of the most epic and hardest ice climbs in the world.

The main story of the presentation was climbing in Helmcken Falls, Canada, BC. It showed the story behind making the first free ascent of “Wolverine” - the hardest ice climb in the world and the very first route, graded with a controversial grade of WI 11. It also showed what it takes, to climb to the top of Helmcken Falls for the first time, via a new route: “Spray On ... Top” (WI 10, M9+).

Otherwise the slide show was about climbing in beautiful places. It was more about Nature, Mountains, Friends and Traveling, than about pure sport aspect of a climbing itself.

The presentation focused on the aesthetics interplay of opposing earth elements and took the viewer to the premium climbing places like the Italian Dolomites, British coastline, Satellites of Mot Blanc, beyond Arctic Circle in Norway, Canadian Rockies and the fabulous Helmcken Falls.